HISTORY OF THE CYTOTOXIC METHOD

Among the diagnostic methods for food intolerances, often opposed and criticized, the Cytotest method has been the most appreciated for research and reliability.
The modification of leukocytes caused by the reaction antigen-antibody has been subject of several studies and it was observed under different aspects.

In 1947 some important Anglo-Saxon immunologists, Squier and Lee between the others, observed in vitro a decrease of the number of leukocytes (until a maximum of 33%) in allergic patients after being in contact with food reagents.

In 1956 Arthur Black, during his studies, determined that the alteration of the leukocytes indicates an allergic reaction; he observed the modifications of leukocytes in vitro as a reaction to allergens toxic for some sensitised patients.

If in contact with an allergen, leukocytes showed toxic reactions with the cells’ expiry, in a lapse of time from 15 minutes to few hours.

In 1959 one of the most well-known immunologists, Byron Waksman, published different studies about the toxic effects of the reaction antigenantibody on the cells and specially the text “Cellular and humoral aspects in hypersensitivity conditions”.

In the sixties, thanks to the studies of different researchers (Bryan and Bryan between them), there were further progresses in the study and standardisation of this method of research.
Bryan and Bryan codified this methodology making it easier, reliable and repeatable. 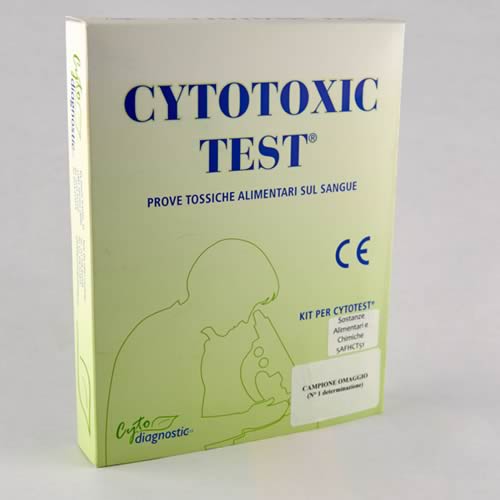